Seaworthiness and Autonomous Ships: Legal Implications in the 21st century 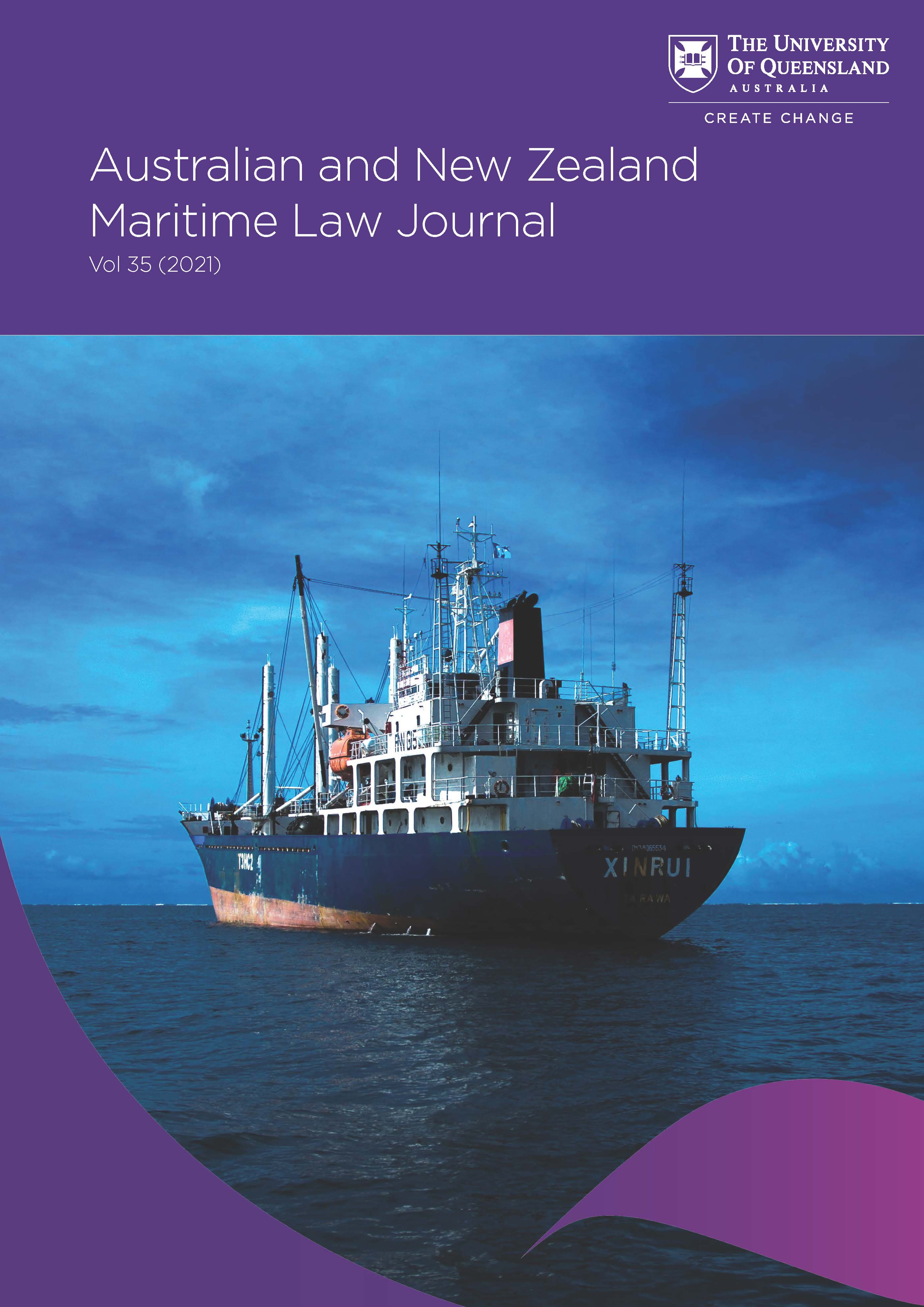 The doctrine of seaworthiness plays an important role in both a contract for the carriage of goods by sea and a marine insurance contract. In the context of a carriage contract evidenced by the bills of lading, where the Hague Rules or the Hague-Visby Rules (or in Australia, the amended Hague Rules) apply, Article 3(1) imposes upon the carrier a duty to exercise due diligence ‘before and at the beginning of the voyage’ to ensure seaworthiness. This duty is said to be an ‘overriding’ one in that any failure to comply with this duty resulting in any loss or damage will deprive the carrier to invoke the long list of exception usually available to it under Article 4. Moreover, the duty is non-delegable in that it is not an excuse if the carrier merely exercises due diligence to ‘appoint a competent independent contractor, or, a fortiori, employee’.The breach of the duty is taken to be an innominate term depending upon the gravity or the result. The Hague and the Hague-Visby Rules, and for this purpose the amended Hague Rules in Australia, do not apply to charter parties, unless a charter party contains a paramount clause importing either of these Rules. In the absence of such clause, the carrier’s obligation in relation to seaworthiness will be a strict one in the sense that ‘in the event of breach, [the carrier] will be liable irrespective of fault’. The doctrine of seaworthiness is understood in the same sense in the law of marine insurance. However, there is a need to distinguish whether an insurance in question is on a voyage policy or a time policy basis. In the case of a voyage policy, there exists an implied warranty of seaworthiness. The statute provides: ‘In a voyage policy there is an implied warranty that at the commencement of the voyage the ship shall be seaworthy for the purpose of the particular adventure insured’. However, there is no such implied warranty in the time policy. However, the insurer will be exempted from any need to pay if it can be proved that the assured was privy to such unseaworthiness. Since there has been no attempt to amend the Marine Insurance Act 1909 (Cth), this statute which is virtually identical to the Marine Insurance Act 1906 (UK), has become more tradition than its UK predecessor. Under this statute, a warranty requires strict compliance. Section 39(3) provides:

A warranty, as above defined, is a condition which must be exactly complied with, whether it be material to the risk or not. If it be not so complied with, then, subject to any express provision in the policy, the insurer is discharged from liability as from the date of the breach of warranty, but without prejudice to any liability incurred by him or her before that date.

A similar provision originally contained in s.33(3) of the Marine Insurance Act 1906 (UK) has since been amended by the Insurance Act 2015 (UK). For any marine insurance policy that is concluded after 12 August 2016 with the English law as a choice of law governing the policy, ss.10 and 11 of the Insurance Act 2015 (UK) will be applicable. In short, the effect of these provisions is that any breach of warranty will only allow the insurer to suspend, but not discharge from, the liability to indemnify the assured. Since there has been no litigation concerning the warranty in the context of this new statute in the United Kingdom, it remains to be seen how these provisions will be applied to cases on the breach of warranty. In any event, there is no change to the core notion of seaworthiness.